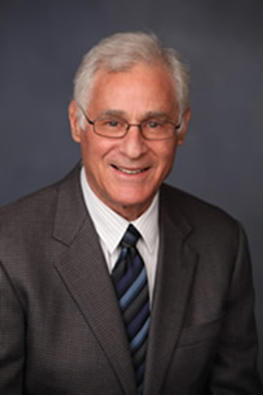 The planning profession lost a dedicated and inspirational planner with the passing of Stan Hoffman in 2019. Stan had a distinguished planning career spanning over 35 years. He was highly respected by colleagues who had the honor and privilege of knowing him and receiving his unequivocal friendship and support. Friends know him for his love of the outdoors, and he was an avid hiker and backpacker throughout his life.

Stan leaves behind a lasting legacy through his prolific work in planning and urban economics. After graduating from UCLA with a Master’s Degree in Urban Planning, he worked for the Association of Bay Area Governments (ABAG) where he played a major role in developing the agency's capacity to do the population and employment projections to support regional planning.

He went on to establish Stanley R. Hoffman Associates in 1981. His practice specialized in fiscal, economic impact, and market feasibility studies for major residential, office and commercial projects. His work was not only technically competent, but Stan consistently thought out of the box, raising questions and offering options to traditional approaches that ultimately led to real implementation, not just another study. These studies have shaped and informed policy-making by cities, counties, redevelopment agencies and other public agencies throughout California.

Beyond his professional practice, Stan was genuinely interested in transferring what he learned to the “real world” work of the planning profession. Over the years, he never lost that connectivity between education and practice by continuing to engage as a Senior Fellow and Mentor with UCLA, its faculty, and students. Stan was committed to the planning profession and had a real passion for mentoring the future generations of planners.

A Fellow of the Institute of Certified Planners, Stan was one of the original members of the California Planning Roundtable. Other leadership roles included President of the Planners Emeritus Network. Stan also served as the President and Treasurer of the California Planning Foundation, which provides scholarships to planning students throughout California. He also participated on many panels and awards juries for the APA local chapters.

Stan leaves behind an immense body of work, but most importantly, numerous devoted friends, his wife Linda, and daughter Laura.