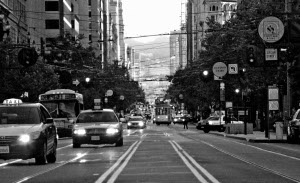 The California Planning Roundtable was initially envisioned in 1979 by David Booher, President of the California Chapter of the American Planning Association. David’s goal was to establish a leadership group of California planners that could focus on cutting edge issues, provide a forum for learning and networking while providing policy guidance to the California Chapter of APA. The vision was an entity that could help bridge the gap between the increasingly complex challenges facing California and the inherent weaknesses of the governances structures that existed to address them.

The California Planning Roundtable was formally established in 1980. The structure of the organization was purposefully flexible so it could be nimble and responsive as needs grew and agendas changed. Since Proposition 13 had been passed by California voters the previous year, the Roundtable’s initial focus was on infrastructure, finance and the fiscalization of land use. This work lead to a series of publications related to these issues that continue to be a valuable source of information today. As California continued to grow, the Roundtable provided policy guidance on the wave of growth management interest in the late 1980’s and published the Myths and Facts About Affordable Housing in the early 90’s. Work and interest have shifted to emerging topics such as the pressure of growth on the Sierra and Indian Gaming in recent years.

The Roundtable continues as a dynamic organization focused on the study of emerging planning issues, information sharing and policy development. In 2000, the California Planning Roundtable was recognized by the American Planning Association with its Distinguished Service Award.