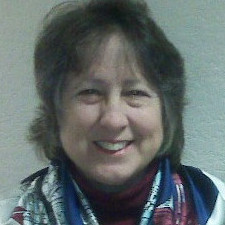 Carol retired in December of 2016. She continues her work as a trainer and ethics instructor. She was formerly the Assistant Director of Planning and Transportation for Burbank after working for several years as the Planning Manager for the City of San Gabriel. She moved to California in 2007 after a twenty years in Texas where she worked for the City of Austin and the City of San Marcos, Texas with a brief tour of duty as the Berkeley, California Planning Director between the two Texas gigs.  Carol has been active APA member. She was President of the National Capital Area Chapter and the Texas Chapter. She was an APA Board member, and co-chair of the National Conference in San Antonio in 2005. Carol was the Vice President for Professional Development of the California Chapter 2008-2010. She has been a member of the California Planning Foundation since 2008 and was elected President and served from 2012-2015. Carol was invited to join the California Planning Roundtable in 2012. Carol has written and taught about planning ethics during her professional career. In 2001, AICP published her book Everyday Ethics for Practicing Planners. In 2012 she authored a chapter in the new book Ethics, Design, and Planning for the Built Environment. In 1999, she was inducted in the inaugural class of the Fellows of the American Institute of Certified Planners. Carol has a Master's Degree in planning from Georgia Institute of Technology. Carol is married and has two sons, and two adorable grandsons.