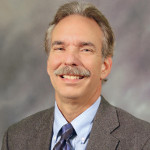 Marc was the project manager for the development of the South Livermore Valley Specific Plan, a program that helped revitalize Livermore's wine country, which won a National planning award. He also was the program manager for the City's Permit Streamlining program that resulted in the development of the City's One-Stop Permit Center in 1997. As the Community Development Director, Roberts led the team that wrote and implemented the Downtown Specific Plan, a plan that transformed Livermore's Downtown through dozens of coordinated private and public projects.

Prior to working for Livermore, Marc worked for the Town of Tiburon as a Planner.

Marc Roberts holds a Bachelor of Science Degree with honors in Landscape Architecture from UC Davis and a Masters of Business Administration from UC Berkeley.