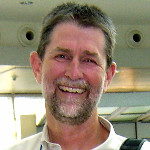 Mike Moore retired as a professional planner in 2014. Prior to that he was the Planning and Building Director for the City of Mill Valley. Prior to joining the City of Mill Valley in 2009, Mike was Community Development Director for the City of Petaluma (2000 - 2009) and for the City of Sonoma (1989 - 1999). He taught various classes in the Environmental Studies and Planning Program (now Geography, Envirnment and Planning) at Sonoma State University until retiring from teaching in 2018. Mike has been a speaker at regional, state and national planning conferences on topics ranging from growth management to form-based zoning codes to planning leadership and education. He represented the Marin County Planning Directors as a member of the Regional Advisory Working Group helping to develop the Bay Area's first Sustainable Communities Strategy between 2011 and 2013. Mike has been a member of the California Planning Roundtable since 1997 and served as its Treasurer from 1997-2001 and from 2003-2013. He represented Sonoma and Marin Counties on the Bay Area Planning Directors Association (BAPDA) Steering Committee since 1992 and served as Chair of BAPDA for more than 10 years.