Sierra Endangered: A Call to Action

Sierra Endangered: A Call to Action

California is a rare and wondrous state. For many people throughout the world, the unique features of California are their association with the United States. It is no wonder or surprise that 20% of the United States population lives along this relatively narrow band of land running along the Pacific Ocean.

The beauty here is spectacular, at times overwhelmingly so. Our unique geology has created unusually diverse features in close proximity to each other: The beautiful coastline. Rolling hills. Magnificent expanses of desert. And the great Sierra Nevada: The tectonic plates rise and fall; erosion takes its natural course; and we are left with startling beauty.

California has done more to protect its great natural features than any other part of the United States. The State joined together and, in 1972, protected the entire coastline. We are aggressively protecting and restoring our rivers and lakes. We have a statewide biodiversity council working together to protect our unique ecosystems. We are the state in which everyone is an environmentalist: city dwellers and country folk, Republicans and Democrats. We are not sure how it happened, but part of the legacy of California, and now one of its core values, is environmental protection. 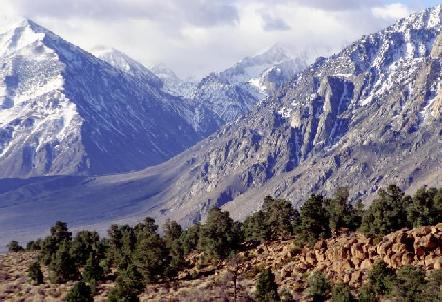 We believe this grows in part from California's sense of spirit and freedom. Whether you are a native or were attracted here from some other state (or country), you are drawn because of that almost mystical connection with nature. Clearly that happens because of the proximity to such dramatic icons of nature: crashing waves, large expanses of beaches, magnificent deserts, and mountains so unique that when John Muir discovered them on his walks across the United States, he simply settled down and spent the rest of his life walking the Sierra Nevada range.

In that context, we must tell you that our beloved Sierra Nevada range is deeply at risk. Ironically, this information is not new to many in the Sierra community. There have been numerous environmental studies, workshops and discussions among the representatives of the Sierra communities. The studies have all reached the same conclusion: The Sierra is in danger. While we will not go into any detail here regarding those studies, we do believe it is essential to outline the broad scope of the danger: 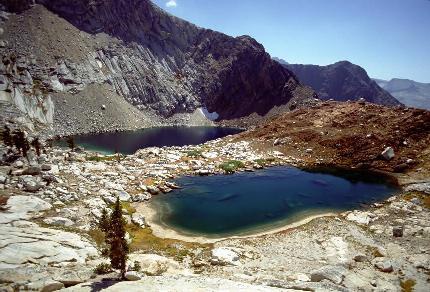 The Sierra Nevada is a state treasure and a state asset. Its struggle for survival is an urban issue as well as a mountain issue. And yet, as mentioned earlier, the debate about its survival has been virtually exclusively within the Sierra community or the halls of Sacramento.

We can no longer guarantee that will be the case. Much as Rachel Carson and the early environmentalists demonstrated what we were doing to the air and water around us in the 1950s and 1960s, the critical studies of the Sierra Nevada demonstrate the fragility of, and serious damage happening to, the Sierra Nevada. This millennium must begin with the agreement that the Sierra Nevada is at risk. The next decade must implement the strategy to protect that precious symbol of California freedom.

The California Planning Roundtable has identified certain underlined values and principles which must be in place for any Sierra Nevada strategy to be successful: